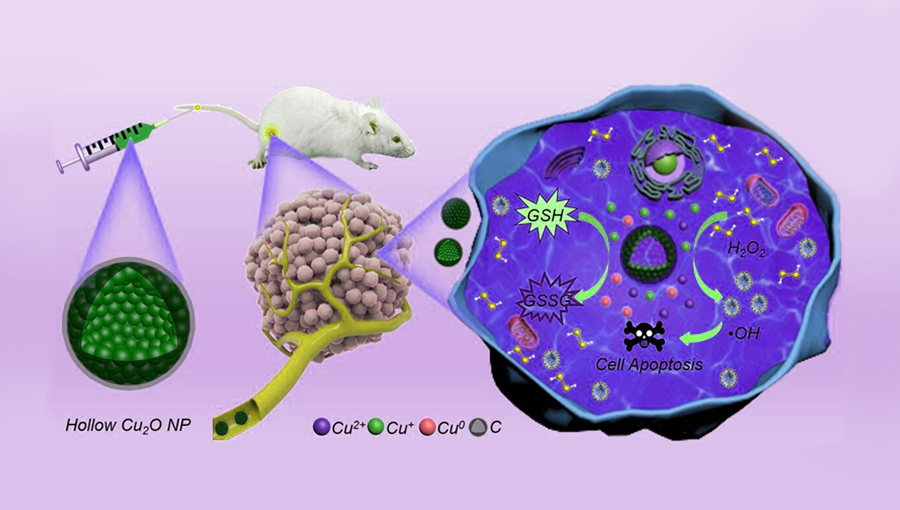 In this research, researchers used a one-step hydrothermal method to synthesize HCONC nanocapsules for catalyzing the cascade reaction and improving the efficacy of CDT. This “nanocapsules” composed of nanoparticles is not “capsules” in the traditional sense. It is a core-shell structure formed by ingeniously attaching a thin layer of carbon to the surface of hollow cuprous oxide (Cu2O) nanocrystals, which not only effectively prevents the oxidation of Cu+, but also increases stability of Cu2O nanocrystals.

The Cu+-mediated Fenton-like reaction in HCONC can efficiently catalyze H2O2 to generate ·OH, and the Cu+ released in the TME can also decompose overexpressed GSH to protect nascent ROS.

Both in vitro and in vivo experiments show that HCONC has excellent antitumor ability without causing systemic toxicity. “The whole process can be described in a old saying,” added Prof. Wang, “as the medicine took effect, the symptoms lessened.”